A while back I penned a review of Sean B. Carroll’s The Serengeti Rules for the journal Basic and Applied Ecology. Rather than let it languish in obscurity behind a paywall, I think I’ll risk the litigious wrath of Elsevier and post it here. I probably should have done that in the first instance. Anyway, the book is certainly worth a read for anyone with a passing interest in ecology. If you happen to stumble upon this by accident and are convinced enough to give it a read then all the better.

Keen observation, persistence and a crowbar.

These were the tools that the late Robert Paine took to a remote Washington State rocky shore in 1963. Over several years, Paine carefully and systematically removed the starfish Pisaster ochraceus from experimental plots – “by prying them off and throwing them as far as I could into the ocean.” A simple experiment, but one which led to a paradigm shift in the way ecologists thought – and still think – about regulation. By demonstrating the disproportionate top-down effects of Pisaster on community structure, Paine introduced the world to the concept of keystone species. That systems can be strongly regulated by single species from the top down, as well as from the bottom up, is perhaps the most important ecological discovery of the twentieth century.

In The Serengeti Rules, regulation is the unifying theme that allows Sean Carroll to trace a compelling – if sometimes tenuous – line between the disparate biological disciplines of ecology, microbiology, physiology and pharmacology. Carroll outlines his universal rules of biological regulation through the works and experiences of ecologists like Paine, Charles Elton and Tony Sinclair – and does so back- to-back with Nobel laureates and biochemists like Jacques Monod, Michael Brown and Joseph Goldstein. By illustrating how the regulation of biological compounds within cells is fundamentally underpinned by the same double- negative logic as is the indirect regulation of basal species by apex predators, Carroll paints his rules in the broadest of strokes. The Serengeti Rules isn’t the first attempt to join the dots between micro- and macro-scales of biology – for instance, connections have long been made between enzyme kinetics and predator-prey interactions (Real, L.A. 1977. American Naturalist, 111, 289–300) – but it is perhaps the most expansive and effective popularisation of the subject yet penned.

And yet ecology is often synonymous with complexity and context-dependency. Much of the field is concerned with whether we can, or indeed whether we should, boil all this complexity down to a few simple rules (Evans, M.R. et al. 2013. Trends in Ecology & Evolution, 28, 578–583). The notion that ecology cannot become a predictive science has deep roots. As Kenneth Watt lamented, without a strong theoretical core, ecology will be “washed out to sea in an immense tide of unrelated information.” Perhaps unknowingly, The Serengeti Rules wades into this debate and makes a persuasive stand on behalf of determinism and predictability. Carroll’s rules of regulation provide a welcome counterpoint to contemporary rejections of ecological determinism, such as Daniel Botkin’s The Moon in the Nautilus Shell (2012. Oxford University Press; see also: Dormann, C. 2013. Basic and Applied Ecology, 14, 366).

Careful scrutiny of Carroll’s major examples of ecological regulation will probably leave many ecologists straining for more detail. In many instances, apparently incontrovertible examples of predator-mediated trophic cascades are now disputed. In one example Carroll uses, in which large sharks are held to regulate populations of cownose rays off the Carolina coast, new evidence is emerging that substantial interactions between sharks and rays are effectively non-existent (Grubbs, R.D. et al. 2016. Scientific Reports, 6, 20970). That being said, The Serengeti Rules contains just enough caveats to keep it grounded. As Carroll puts it, “we have to resist being seduced by the idea that the restoration of predators is a panacea for sick ecosystems.”

The Serengeti Rules is a gratifying endorsement of ecology as a discipline, and a fitting obituary to Robert Paine’s contributions, framed as they are in the context of some of the most important biological discoveries of our time. In the end, Carroll’s thesis is as much about singular, persistent individuals like Paine as it is about the rules they uncover. 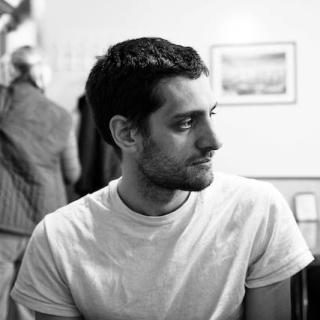 I’m an ecologist based at the University of Exeter’s Environment and Sustainability Institute. My research is focussed on the theoretical and applied aspects of consumer-resource interactions in a rapidly changing world. My work spans marine, freshwater and terrestrial systems, vertebrates and invertebrates, physiology and behaviour. I am currently funded by the Leverhulme Trust on an Early Career Fellowship.